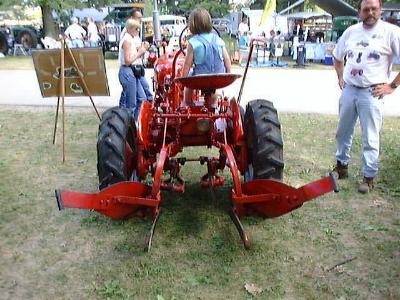 Following are detail pictures of the two-way plow mounted on an early Cub. It appears that several parts of the original plow were missing as the restorer had to make several replacements himself. 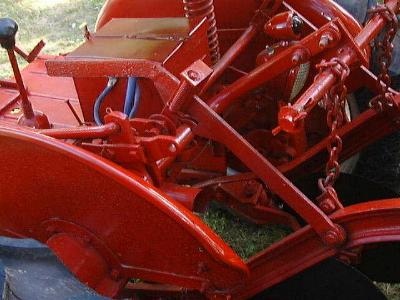 The left latch mechanism.
The trip lever is a replacement.
The cross bar has found it’s way here from a cultivator.
Originally, the chains attached to the rear rockshaft with a pair of smaller brackets.
Also, note the rear work light with a separate tail light mounted on top.
This version of the combination light attachment was only used for a very limited time. 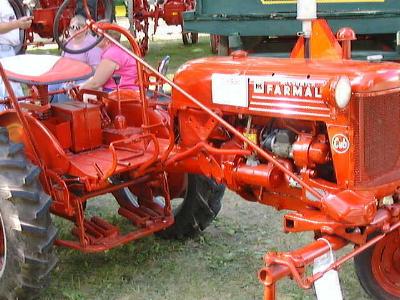 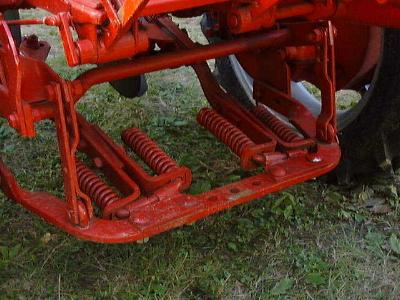 Beam attachment to revesed drawbar.
The Owner’s Manual shows the beams each bolted one position closer to the center. 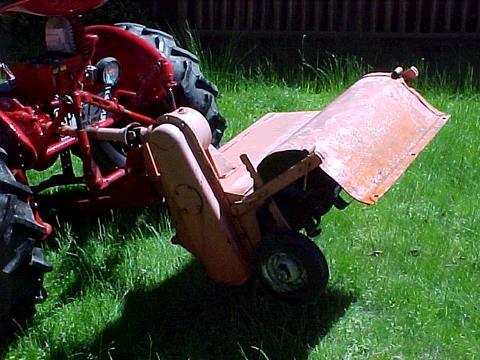 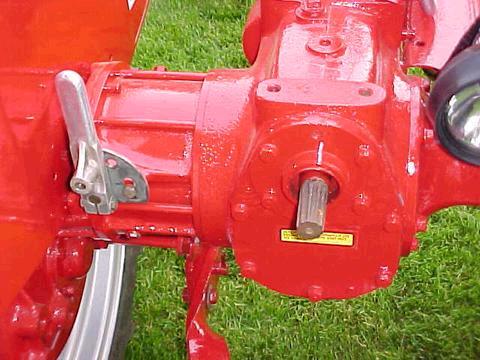 The speed reduction unit is required to slow the Cub enough for the tiller to work effectively. This unit is intended ONLY to slow the tractor. I should not be used to attempt to pull an increased load.

Do you have other questions about the farmall Cub? An active discussion group dedicated to the Cub can be found on another page of this site.
ATIS Farmall Cub Internet Discussion Board

Photographs used to illustrate this FAQ have been provided by a number of Cub and Lo-Boy owners from throughout the country. The photographer of each picture, and often some additional detail about each tractor, can be seen by mousing over the picture. Higher resolution copies of most of these pictures, as well as many other Cub and Lo-Boy photographs can be found at these sites.
Farmall Cub – Home Page
IHC cub loboy series